Is it possible to feel on behalf of groups?

We are usually happy and proud of ourselves when we have positive feedback from our boss. Still, we tend to feel ashamed when we fall on the street and people are looking or we usually feel guilty when we misbehave towards a friend.
These are all common emotions that we can feel whenever we succeed or fail important goals or standards we have.

But why would we feel sad when our football team loses a match or feel ashamed and/or guilty for something we did not do? Why would we simply feel “emotions by association”, or in different words, why would we feel certain emotions when confronted with the actions of social groups that we may or may not belong to? 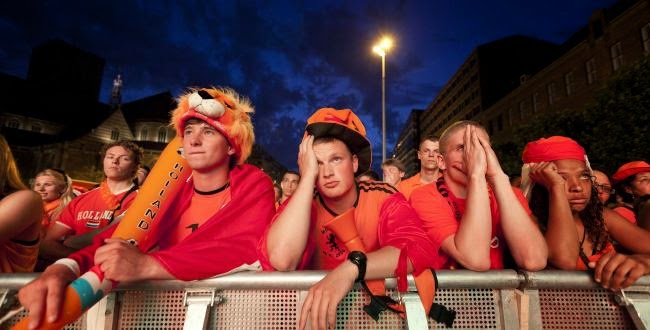 These and other related questions have given way to an immense body of research within the field of intergroup relations.

In a famous study by Cialdini and colleagues (1976) it was shown that people “bask in reflected glory” through their association with successful others, even though they were not personally involved in the others’ success. Their research showed that individuals who saw their university team win, would strive to associate themselves with this success source, by, for example, using terms as “we won”, amongst others.

At the time, the role of emotions was not referred to in these experiments, but this article, among others, set the basis for a new conceptualization of the ways in which people associate with others to enhance their self-image and their self-worth through membership to different social groups. 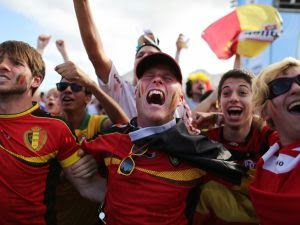 We can imagine many instances in which one derives positive feelings from the association with others: we become ecstatic over the victories of our sports teams; we are happy when our political party wins the elections; we feel proud when our university is evaluated number one on a European university ranking, amongst many other examples. But we might also derive negative feelings from our shared group memberships. We can get angry or frustrated when our beloved group’s image is at stake, we might experience fear about the terrorist threat due to our nationality, or feel guilty about transgressions carried out by other ingroup members in the past.

Within the domain of intergroup relations, mainly in the analysis of conflicts, nationalism and crowd behavior, the “hot” side of such instances of collective behavior is many times referred to. This “hot” side is, of course, strongly associated with emotions and recent developments in social psychological research have focused precisely on the role of emotions in intergroup relations.

It is this general awareness that emotions may arise not only from inter-individual instances of behavior or comparison, but rather from intra and/or intergroup processes and relations, that sets the background for the possibility of studying emotions as intergroup phenomena. In this line, Smith (1993) formulated the intergroup emotions theory in an attempt to refine the traditional conceptualizations of intergroup behavior and, especially, negative forms of prejudice and discrimination.

“Intergroup situations eliciting fear or anxiety responses may well prompt a motive to escape or avoid the outgroup, whereas anger will generate a willingness to attack or aggress against the outgroup. Disgust and contempt are also more likely to activate avoidance behaviors, while resentment and frustration may lead group members to take actions against the outgroup.” (Devos, Silver, Mackie, & Smith, 2003, p. 113)

In other words, what intergroup emotions theory postulates is that different emotional reactions derived from group memberships will lead to distinct action tendencies.
This is the rationale used to explain why, for example, ingroup members avoid or confront relevant outgroups, depending on the intergroup context. When the ingroup is appraised as strong and holds an advantaged position over the outgroup and there is a situational threat against the ingroup, the most likely emotional experience is anger, which will lead to the desire of aggressing and confronting the outgroup. However, when the ingroup is appraised as relatively powerless or lacking the resources to deal with a threat from an outgroup, fear is the most likely emotional experience, leading to avoidance or escape from the situation (Devos et al., 2003).

It is, therefore, very important to reinforce that the theory of intergroup emotions conceptualizes intergroup emotions as differentiated reactions to outgroups, which are relational in their nature, context specific. These emotions can be affected by institutionalized power structures between groups and are derived from subjective interpretations of the situations in which they come to existence.

Over the past years, there has been much research providing indirect and direct evidence for the validity and applicability of this theory (for a detailed review see Devos et al., 2003). By now, there are three well documented aspects of the phenomenon of emotions that can make them distinctively intergroup in nature, as opposed to individual or inter-individual emotions.

The first assumption of intergroup emotions theory is that these emotions are dependent on the psychological identification with a group. Therefore, it is argued that emotions will be affected by the process of identification and the quality and even quantity of that identification. The authors (Mackie & Smith, 2003; Smith, 1993) further extend the conceptualization of ingroup identification as being distinct from membership in a group, in the sense that the first carries within it not only the awareness of belonging to a group, but also the affective significance attached to this membership, much like Tajfel (1972) had previously defended.

Secondly, the theory postulates that intergroup emotions arise from group rather than personal concerns. It is thus the motives, goals and needs (i.e. concerns) of the ingroup that determine the emotional experience most likely to occur, independently of how these concerns relate directly with the individual’s well-being or involvement in the situations or interactions eliciting them.

Finally, the authors argue that intergroup emotions functionally regulate intergroup interactions between ingroups and outgroups, given that they modulate the cognitive, evaluative and behavioral reactions in intergroup settings.

Summarizing, intergroup emotions theory augments our understanding of intergroup relations and conflict, through the conceptualization of these emotions as phenomena which shape and influence distinct social encounters between groups, as well as the outcomes of such encounters, in a more differentiated and context specific way than previous approaches were able to.

So, next time you see a group of people ecstatic or disappointed about something, you may wonder what their group membership is.

Ana Figueiredo is a postdoc researcher at the Center for Social and Cultural Psychology at the Universite Libre de Bruxelles.
Posted by anafigueiredo at 1:38 PM