Getting the balance right

“Pick me!” “No, pick me!” – When walking through a supermarket, all the products seem to be fighting for your attention, and not a marketing trick is left unused in order to try and get you to buy the product. Oftentimes, these marketing strategies are applied to rather unhealthy (ultra-) transformed products, rather than for healthy foods. And then there's also all the information (especially online) about fad diets, and superfoods. So what should we choose, and what is healthy or not?

Even for adults, it can sometimes be complicated to resist the many food-marketing strategies out there. It's not easy to choose between superfoods, fresh foods and all the marketed processed foods. But it’s not only your choice that is influenced. Food manufacturers are making their products appealing to children (Story & French, 2004), for example by displaying famous children's idols on the packaging. The amounts of products depicting these childhood heroes (think: minions, frozen, SpongeBob, or cars) are astonishing, and show the blatant marketing of the food industry. In the Netherlands, Foodwatch (an independent, non-profit organization that exposes food-industry practices that are not in the interests of consumers, for more information visit: http://www.foodwatch.org/en/homepage/) did research amongst the five biggest supermarkets in order to investigate how many products displayed the image of a famous childhood hero, and what type of products were using this type of marketing. The healthiness of these products was then assessed on their levels in sugar, sweeteners, fat and salt. A total of 103 products were found to be using childhood heroes as advertisement, of which only three could be considered healthy according to the criteria of the World Health Organization (WHO)! At the same time, it is known that many children do not eat healthy, both in Europe and the USA. Children frequently eat too little fresh fruits and vegetables. In addition, children consume too much sugar through sweets, snacks, cookies and sodas.

In a range of countries (e.g. Brazil, China, and throughout Europe) there are national rules that try to restrict the advertising and marketing of energy-dense, nutrient-poor foods and drinks to children, especially for TV advertisements. But overall, over the past two years, few (international) laws have been implemented, to truly try and regulate the different types of food advertisement directed at children, according to the World Health Organisation (click here for more information). In general in Europe, it is up to the individual European Union’s Member States to set a clear degree of regulatory protection for marketing of foods for children. For example, in the Netherlands, in order to help reduce the amounts of refined sugars consumed by children, in December 2014 the so-called ‘Advertising Code Committee’ (Reclame Code Commissie or RCC) - agreed that food advertising aimed at children up to 12 years old was not allowed. This is a good development, but there were many exceptions made for this rule, and thus marketing towards children on food packaging is still allowed. For example, using childhood heroes on packaging was excluded from this advertising rule. Food-marketing, directed at children, is an issue that should be regulated by law sooner than later, if we want to truly prevent childhood obesity and help parents and children make healthier choices. But should we then stick to all the healthy, fresh foods only? Is that then ‘getting the balance right’? 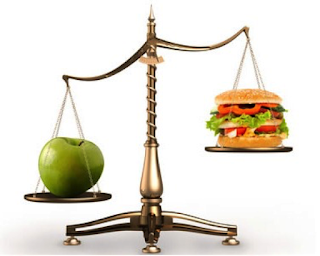 The other side of this 'balance', and therefore related to the awareness in favor of healthy food choices, is frequently overlooked. The continuous attention to promote healthy food and healthy eating is causing another type of obsessive eating behavior: a fear of consuming unhealthy food. This is especially evident in teenagers, amongst whom the ambition for consuming healthy foods is driven by images of sleek bodies and low-calorie meals on popular social media. Orthorexia is what the most extreme form of this phenomenon is called. The term ‘orthorexia’ comes from the Greek words orthos (straight, proper) and orexia (appetite). It is characterized by pathological obsession for biologically ‘pure’ food, which leads to important dietary restrictions. Orthorexic patients exclude foods from their diets that they consider to be impure (like herbicides, pesticides, or artificial substances) and worry in excess about the techniques used to prepare the food and materials used in the food (Sanchez et al., 2005). The fundamental difference with anorexia is that in orthorexia, there is no fear of gaining weight, but rather a fear of consuming certain foods, especially those considered impure and toxic (Donini et al., 2005).

This problem had me wondering where our sense of 'eating healthily in general and unhealthily occasionally’ has gone? Have we forgotten to listen to what our body truly craves? Why do we have such trouble distinguishing ‘a food’ from ‘a diet’, and fall for such extremes? Of course, we don’t all suffer from orthorexia, but personally, I can clearly see a growth on social media in ‘fad diets’ posts, information about ‘superfoods’ and ‘what am I eating-pictures’ and generally the obsession that is eating (healthy). On the one hand we fight against the food-marketing industry, which is trying to tempt us for all sorts of unhealthy foods from an early age onwards. On the other hand, we should acknowledge that some ‘unhealthy’ foods are perfectly normal for a balanced diet, to make sure that what perhaps begins as choosing a healthier diet, doesn’t turn into an unhealthy obsession to eat as healthy as possible. Both extremes (too much of something or nothing thereof) are unhealthy. Clearly, we should all be conscious of our own food choices, and try to remember that it is very important to fuel your body with the right type of nutrients. But it is equally important to (occasionally!) allow yourself to indulge in something delicious. If you live a healthy lifestyle, by eating healthily and making sure you get enough exercise, then eating a pizza, a bag of chips or some candy once a week surely is part of a normal diet!