Defining and measuring resilience in psychology

What do Nelson Mandela, Malala Yousafzai, Frida Kahlo and Paola Antonini have in common?

They are inspiring examples of resilience! In different cultural, social and political contexts, all four were confronted with significantly adverse situations and managed to emerge stronger than ever before.

Origins of the term resilience

Believe it or not, the term resilience was first used in the field of metallurgy, to describe the capacity of certain metals to return to their original shape, after undergoing deformation under the influence of pressure, stretching or torsional forces. This concept of resilience indicates elasticity and rebound. 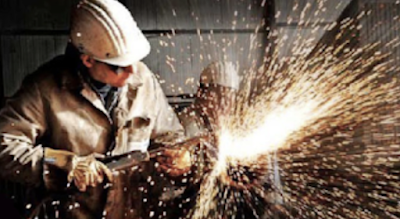 Psychologists have yet to reach a consensus in regards to what resilience really means, but the definition does not imply returning to the original shape. Instead, resilience involves finding a new psychological balance. It can, therefore, be defined as a personality trait or as a dynamic process.

Resilience as a personality trait


From one point of view, resilience is defined as a personality trait.

1.     Several studies have supported the link between resilience and personality traits (Friborg, Barlaug, Martinussen, Rosenvinge & Hjemdal, 2005).  Most of these studies are correlational and they do not allow to establish a causal link.

2.     Some research defends that resilience can become a stable personality trait over time, depending on the environment and biological influence (Silk, Vanderbilt-Adriance, Shaw, Forbes, Whalen, Ryan & Dahl, 2007).  Other research develops opposite arguments, supporting that therapeutic intervention can improve resilience and that individuals exposed to multiples traumatic experiences showed lower resilience scores.

Resilience as a dynamic process

On the other hand, resilience can be defined as a dynamic process allowing positive adaptation in significant adverse circumstances (Luthar, Cicchetti and Becker, 2000). Positive adaptation in significantly hostile situations is influenced by family dynamics and the surrounding environment. In this theoretical framework, resilience is not defined as a personality trait. Conversely, positive adjustment depends on the person-environment interaction (Masten, 1999). Other results support that resilience is a dynamic process. Here I will briefly introduce 3 arguments:
1.     The mechanism of immunization: some people are able to improve their resilience skills when confronted with recurrent adverse circumstances (Bonanno, 2004). Nevertheless, in this study other individuals showed symptoms that worsened with exposure to multiple trauma.

Why is important to study resilience?

If we understand resilience as a skill that can be learned and strengthened through therapeutic interventions, we could try to improve resilience with the aim of reducing the risk of suffering major psychiatric syndromes. For example, some research support that children who have a lower resilience score may be more vulnerable to multiple health problems including heart disease, cancer and compromised immune system (Atkinson, Martin, & Rankin, 2009). In opposition, resilient children develop the ability to face difficult circumstances and believe in their capacity to influence their own life (Cohn, Fredrickson, Brown, Mikels and Conway, 2009).

Many therapeutic interventions, such as the Resilience Builder Program, can help people improve resilience skills through group interventions. These kinds of therapeutic interventions can be suitable for children, adolescents, and adults. Health risks could be reduced by focusing our attention on more thorough research regarding processes that allow people to embrace positive adaptation when confronted to adverse circumstances.

When considering resilience and trauma, it is worth recognizing that even if a normal life can be free of trauma, it is never free of adverse circumstances. Terr (1991) distinguishes two types of trauma: type I: that is a single sudden traumatic event (such as a car crash) and Type II: that is a chronic exposure to a specific trauma (such as intra-familial violence).

A different classification relies on intentionality that has been identified as a crucial factor in the depth of the traumatic consequences (Pfefferbaum, Reissmann, Pfefferbaum, Klomp, & Gurwitch, 2008). Thus, it is advisable to make a distinction between human-caused trauma and natural trauma.

There is no evidence suggesting that the resources used to cope with traumatic experiences must be specific and distinct from those used to cope with everyday adversity. It may be pertinent to explore how improving resilience as a skill can improve people's ability to cope with daily hassles.

Other researchers have developed alternative approaches, for example, the Sense of Coherence concept (SOC; Antonovsky, 1987). The Sense of Coherence is a global orientation of the individual that allows them to perceive their surrounding world as comprehensible, manageable and meaningful. This worldview enhances physical and psychological well-being, regardless of the presence or lack of trauma. The higher the Sense of Coherence, the more individuals are capable of coping with the daily obstacles they are confronted with.

It is actually possible to measure resilience?

As resilience is a concept that refers to a process, it is not only challenging to define. It can also be difficult to define. In their review article, Ahern, Kiehl, Lou Sole, and Byers (2006) draw attention to six main scales:
1.- The ‘‘Brief Resilient Coping Scale–BRCS’’ (Sinclair & Wallston, 2004) describing resilience as a single-factor concept;
2.- The Resilience Scale for Adults–RSA (Friborg, Hjemdal, Rosenvinge, & Martinussen, 2003) includes 6 factors;
3.- The ‘‘Resilience Scale–RS’’ (Wagnild & Young, 1993) a 2-factor solution;
4.- The ‘‘Adolescent Resilience Scale–ARS’’ (Oshio, Kaneko, Nagamine, & Nakaya, 2003) described as a 3-factor concept;
5.- The ‘‘Baruth Protective Factors Inventory - BPFI’’ (Baruth & Carroll, 2002) containing 4 factors; and finally;
6.- The ‘‘Connor- Davidson Resilience Scale–CD-Risk’’ (Connor & Davidson, 2003) which consists of 5 factors.

This wide variety of measures reveals the vagueness of the theoretical framework. Nonetheless, the different scales have a section concerning individuals, their family and social context, and the concept of acceptance. The scales evaluate people's capacity to: develop social networks, rely on family and friends, regain the capacity to plan their future, have an enhanced perception of themselves, accept what occurred to them and reorganize their lives after the traumatic event.

However, the emotional processes by which resilience helps individuals in overcoming the harmful effect of adversity, have never been assessed.

It is still unclear what specific emotional process explain the healing process through resilience. This process may involve the sense of helplessness, the presence of positive emotions, or the perception of control of the situation. Many studies take these concepts into account. Nevertheless, we have yet to see clear evidence of the influence of these dimensions on resilience. It is relevant to increase the level of importance of the emotional, cognitive and behavioral dimensions of resilience. The separation in three dimensions could allow a more precise identification of underlying processes. It should be noted that other areas of psychology are based on this categorization: for example, the separation of intergroup relations (Klein & Leys, 2013) into prejudice (emotional aspect), stereotypes (cognitive aspect), and discrimination (behavioral aspect).
Actually, is impossible to define with certainty the nature of the trait or skill of resilience. Nevertheless, we know that arguments tend to show that some aspects of resilience may be degraded or improved, making therapeutic mediation conceivable. Taking this into account, it would be relevant to better understand the underlying processes of resilience and to put in place interventions that target these processes.

It is also important to take into account that, until now, trauma and resilience have been deeply intertwined. However, nothing truly indicates that this is necessary. Further research is needed to develop studies highlighting the links between resilience and the daily stress management, with the aim of unifying the research areas of resilience and the Sense of Coherence. If we did so, it would be easier to identify those processes that command the coping strategies.
Camila Arnal: I’m a master student, currently doing an internship at Center for Social and Cultural Psychology at Université Libre de Bruxelles (ULB).
References:

Bouteyre, E., Maurel, M., & Bernaud, J. L. (2007). Daily hassles and depressive symptoms among first year psychology students in France: The role of coping and social support. Stress and Health: Journal of the International Society for the Investigation of Stress, 23(2), 93-99.