Who is afraid of Twitter? or How can the Internet shape collective actions?

"There is now a scourge that is called Twitter. The best examples of lies can be found there. To me, social media is the worst menace to society", claimed the Turkish Prime Minister Recep Tayyip Erdogan as a response to weeks of anti-government protests in Turkey in the spring of 2013 (Letsch, 2013). Erdogan condemned social network, micro blogging, and content sharing platforms for inciting millions of citizens to join countrywide demonstrations and sit-ins; for “inciting the public to break the law” (Eissenstat, 2014, para. 7). Twenty-nine Twitter users were arrested and put on trial on these grounds (Gardner, 2014). 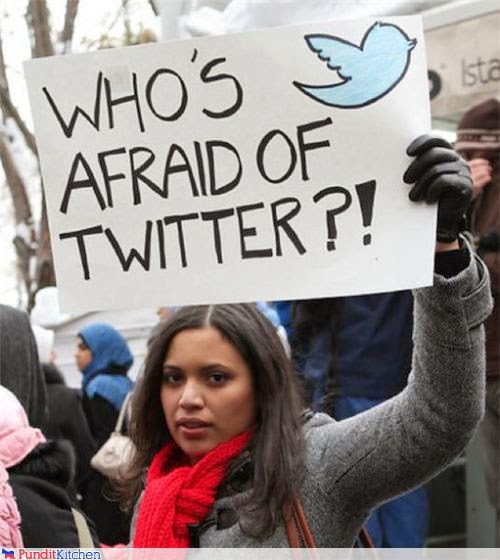 Erdogan’s demonization of social media follows a larger campaign to curtail citizens’ rights of freedom of expression. However, it may be speculated that the measures were also driven by the fear that social media platforms will be used (even) more intensively to promote collective actions. Indeed, long before the so-called Facebook revolution (Morozov, 2011) in the Arab world in 2011, the Internet has been an important tool for citizens and civil society to attain social change. On New Year’s Day 1994, the Zapatista Army of National Liberation—a largely Mayan group from the South of Mexico—occupied five cities in the state of Chiapas and declared war on the Mexican government (Cleaver, 1998). The uprising for participatory democracy, indigenous freedom, and economic justice was crushed by government forces, leaving the Zapatistas to retreat into the Mexican jungle. Nevertheless, the movement is still alive today. Instead of fighting back with arms, the Zapatistas took their campaign online. Through email lists and Usenet groups, they received specialist advice, attracted funding, motivated collective actions and influenced policy making processes in Mexico and abroad (Gelsomino, 2010; Ronfeldt, Arquilla, Fuller, & Fuller, 1998).

The culture of Internet use changed in the last decade from pure information retrieval to increased user participation in the generation and dissemination of content. Consequently, the possibilities to integrate the Internet in one's repertoire of contention have multiplied. More precisely, it has been argued that the Internet can shape collective actions by facilitating offline engagement and by constituting an infrastructure, a platform, for online collective actions (Van Laer &Van Aelst, 2010).

Social media platforms and Internet services provide, first of all, access to information at low costs—information about political, social, and civic issues as well as practical information relevant for the organization of collective actions. By using mobile devices, not only cause-related or advocacy groups can share important news and define a campaign’s discourse, also ordinary citizens are able to record and broadcast, for instance, the latest developments of protests or recent political events, often bypassing official media censorship. Previous research demonstrated that information retrieval online encourages offline collective actions such as the participation in demonstrations, volunteering, or voting in the United States, Egypt, and Chile (Boulianne, 2009; Gil de Zúñiga, Jung, & Valenzuela, 2012; Tufekci & Wilson, 2012).

“(I)nformation is most valuable when it can be put to use in voicing and discussing opinions” (Gordon, Baldwin-Philippi, & Balestra, 2013, p. 3). The communication mediation model (Sotirovic & McLeod, 2001) adopts this notion and states that gathering information online should prompt offline collective actions by encouraging users to reflect about the issues they read or heard about, motivating interactions in chat rooms, forums, or on social network sites. This mediated relationship has been extended to traditional media: Reading newspapers and watching television as well as searching for information on the Internet fostered online and offline discussions, which predicted in turn collective actions (Nah, Veenstra, & Shah, 2006; Shah, Cho, Eveland, & Kwak, 2005). Finally, online interactions affected offline collective actions by moderating the impact of group members’ sense of injustice, identification, perceived group efficacy, moral outrage, and anger (Alberici & Milesi, 2013). The discussions stimulated the politization of collective identities (Simon & Klandermans, 2001); as the interactions were publicly accessible, group members could raise awareness of their grievances and involve third parties easily. Voicing anger about the unjust situation of the ingroup online reduced the effect of this group-based emotion on offline collective actions; the influence of moral outrage and perceived group efficacy was enhanced (Alberici & Milesi, 2013).

Complementing these facilitating effects of online practices on offline engagement, the participatory Internet also enables online collective actions by reducing the costs and barriers of participation. As campaign efforts are integrated in social media platforms, cause-related and advocacy groups can “pick up“ supporters right where they spend the majority of their time online. For some forms of offline actions corresponding online acts exist—such as petitions and donation or endorsing comments on blogs that may be compared to holding up banners or wearing supportive buttons. Other expressions of online collective actions are more specific to the medium. The term hacktivism refers in this context to the—legal and potentially illegal—use of computer networks or systems to promote political or social goals (Gunkel, 2005).

Cleaver, H. (1998). The Zapatista effect: The Internet and the rise of an alternative political fabric. Journal of International Affairs, 2, 621-640.

Gordon, E., Baldwin-Philippi, J., & Balestra, M. (2013). Why We Engage: How Theories of Human Behavior Contribute to Our Understanding of Civic Engagement in a Digital Era. The Social Science Research Network Electronic Paper Collection. Retrieved from: hhtp://ssrn.com/abstract=2343762